Texas is the southernmost part of the Great Plains, which ends in the south against the folded Sierra Madre Oriental of Mexico. It is mostly sedimentary rocks, with east Texas underlain by a Cretaceous and younger sequence of sediments, the trace of ancient shorelines east and south until the active continental margin of the Gulf of Mexico is met. This sequence is built atop the subsided crest of the Appalachian Mountains–Ouachita Mountains–Marathon Mountains zone of Pennsylvanian continental collision, which collapsed when rifting in Jurassic time opened the Gulf. West from this orogenic crest, which is buried beneath the Dallas–Waco–Austin–San Antonio trend, the sediments are Permian and Triassic in age.

Oil is found in the Cretaceous sediments in the east, the Permian sediments in the west, and along the Gulf coast and out on the Texas continental shelf. A few exposures of Precambrian igneous and metamorphic rocks are found in the central and western parts of the state, and Oligocene volcanic rocks are found in far west Texas, in the Big Bend area. A blanket of Miocene sediments known as the Ogallala formation in the western high plains region is an important aquifer. Texas has no active or dormant volcanoes and few earthquakes, being situated far from an active plate tectonic boundary.

The Coastal Plain, from the Gulf of Mexico inland to about San Antonio and just southeast of Austin
The Hill Country and Edwards Plateau, a hilly rocky area in central Texas bordered on the east by the Balcones Fault zone and Blackland Prairie.
The Great Plains region extends into northern Texas, including the Llano Estacado and the Panhandle High Plains
The North Central Plains
The Trans-Pecos Desert, a subdivision of the Chihuahuan Desert, in extreme western Texas, west of the Pecos River 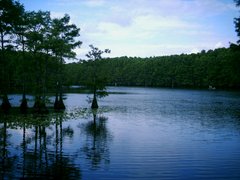 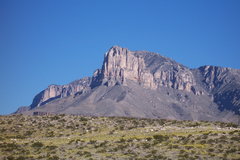 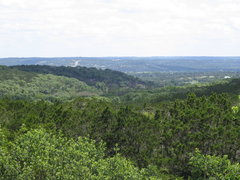