The public school systems are administered by the Texas Education Agency.

The sole exception to this rule is Stafford Municipal School District, which serves all of the city of Stafford. 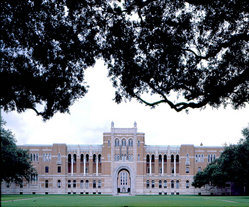 The Texas A&M University System is the second largest state university system of higher learning in Texas. Its flagship institution is Texas A&M University located in College Station and is the state's oldest public institution of higher education. Funded research generally exceeds that of all other Texas universities, and Texas A&M ranks among the top ten national universities in research. It is the second largest university in the state of Texas and also one of the top 10 largest schools in the nation. 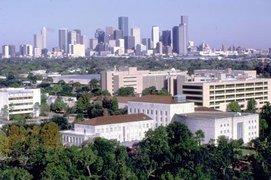 The University of Houston System is the largest urban state system of higher education in the Gulf Coast, which has four universities with three located in Houston. Its flagship institution is the University of Houston, the only doctoral degree granting extensive research institution in Houston and is the third largest in the state of Texas with an enrollment of over 36,000. The interdisciplinary research conducted at UH breaks new ground in such vital areas as superconductivity, space commercialization, biomedical engineering, economics, education, petroleum exploration and management. UH is also home to over 40 research centers and institutes. Amongst the most prestigious of the University of Houston's colleges is the University of Houston Law Center (law school). The UH Law Center's Health Law and Policy Institute is ranked number one in the nation while the Intellectual Property Law Program is ranked fifth, according to U.S. News & World Report. 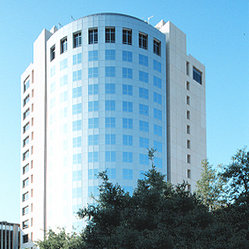 Houston is the location of a well known prestigious private institution of Rice University, which boasts one of the largest financial endowments of any university in the world. The small undergraduate student body is among the nation's most select and one of the highest percentages of National Merit Scholarship winners. Rice University maintains a variety of research facilities and laboratories. Rice is also associated with the Houston Area Research Center, a consortium supported by Rice, the University of Texas at Austin, Texas A&M University, and the University of Houston.