About the Great State of Texas 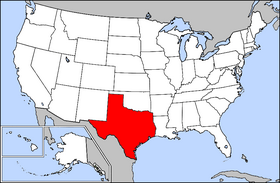 The state name derives from a word in a Caddoan language of the Hasinai, táysha? (or tejas, as the Spaniards spelled it), meaning friends or allies. Spanish explorers mistakenly applied the word to the people and their location.